The city of Trévoux in eastern France has used Hydreka’s PermaNet F to detect leaks in their drinking water network, leading to a 20% decrease in minimum night flow after repairing fewer than half of the detected leaks.

20 PermaNet F with roaming SIM cards, and leak noise sensors with Magpot antenna were installed at key points throughout the network to monitor for leaks. Installation permanent or temporary, what (if anything) were they using to detect leaks before. Each PermaNet F was equipped with a SIM card, so the data could be easily monitored through Webfluid, Hydreka’s web data hosting service. After the just the first day, 7 of the 20 sites were found to have leaks. In the field, a MicroCorr Touch leak noise correlator was used to show the exact location of the leaks and avoid time-consuming and costly digging of holes in incorrect locations for repair.

Over the months following installation, the city of Trévoux was able to make and execute a strategic plan to repair their leaking system. After fixing just the first 3 of the 7 detected their minimum night flow has been reduced from 40 m 3 / h to 32 m 3 / h, an improvement which leads to 192,000 litres of water saved per day. 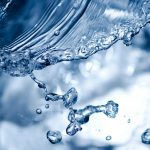 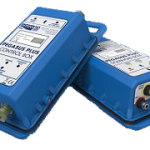 Experience return Pegasus NCCase studies
We use cookies to ensure that we give you the best experience on our website. If you continue to use this site we will assume that you are happy with it.Ok